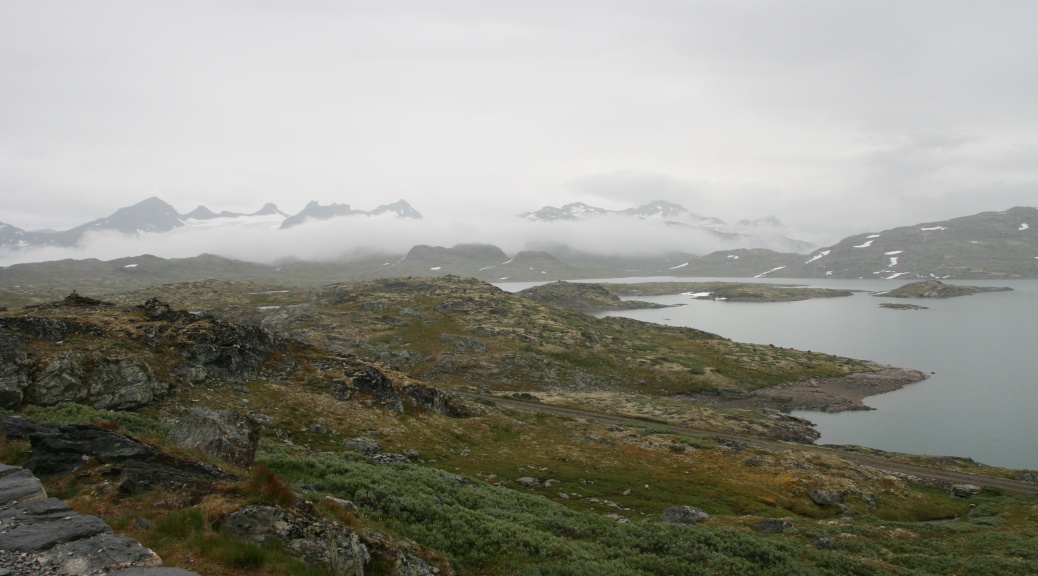 The rain that we did not have in Bergen was waiting for us in Jotunheimen National Park. On our arrival day, we still had nice weather, and were even camping in the wild on the outskirts of the park. After that, however, the floodgates of heaven opened.

In the morning, we made a short stop in Lom, where we visited the (almost legendary) bakery and the stave church. 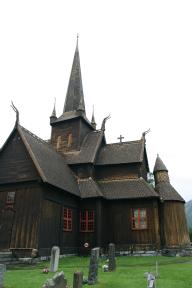 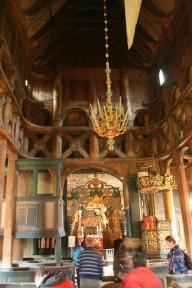 After that, we went on a hike, but returned to the car two hours later soaked to the bone. So, we abandoned the idea of camping again, and booked some beds in the Gjendesheim hut. The next morning, it almost looked as if the rain would give way to a heavy cloud cover. During our preparations for a hike, however, it started raining heavily again. In the end, we decided to leave Jotunheimen National Park behind, and to look for better weather elsewhere. 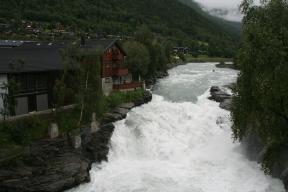 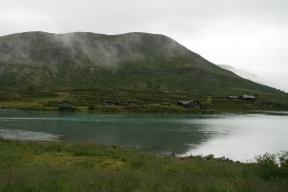