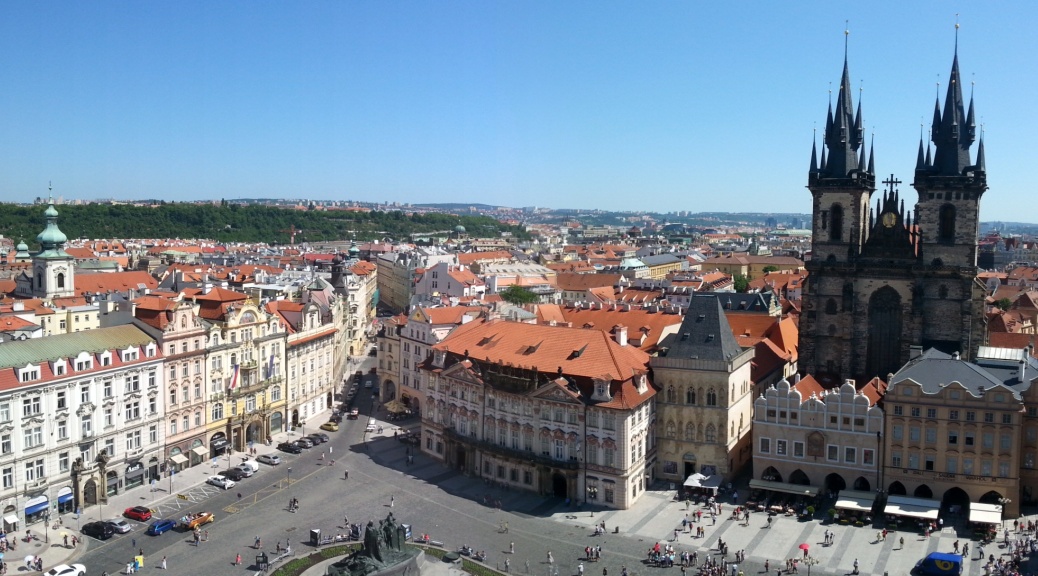 As last Thursday was a National holiday in Austria, I took the opportunity for a short visit to Prague. However, quite a few other people obviously had the same idea. 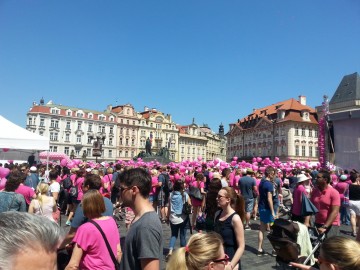 Already on Thursday, there were lots of tourists in the streets. On Friday, I tought that the maximum number of tourists must have been reached. Today, there really was a crowd.

Especially the Old Town Square is quite crowded, as there is the Astronomical Clock to be watched every hour. Strangely enough, tourists seem to start gathering some 30 minutes before already. At first glance, the show is not even very impressive (with some figures moving their arm and/or head, a few bell rings, and a mechanical cock crow). However, taking into account that this is already taking place for centuries (!), it is a different story. 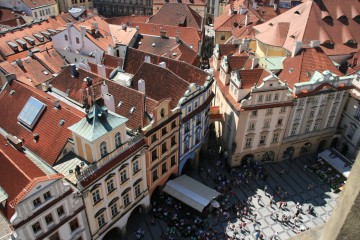 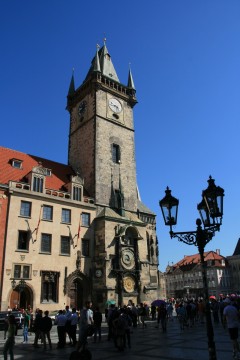 Fortunately, there are some quiet places as well, like the Jewish quarters Josefov with the interestingly named Old-New Synagogue. Upon completion in 1270, it was of course the new synagoge. However, since then, some other synagogues were built as well, so it gradually became the old new synagogue, hence the name. Today, it is the oldest active synagogue in Europe. 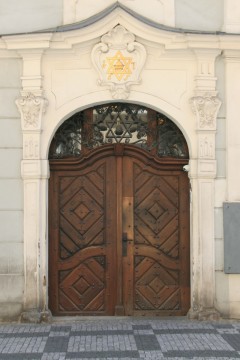 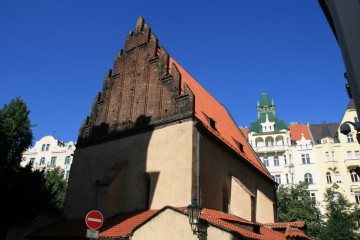 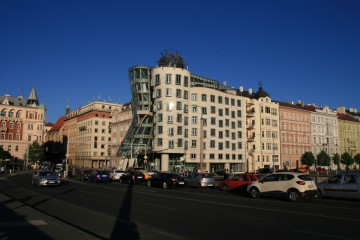 Of course, there are also some modern buildings to be found, for example the very charming "Dancing House" (which is also called "Fred and Ginger", after Fred Astaire and Ginger Rogers). 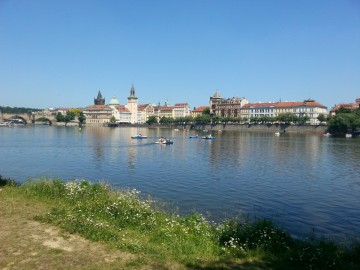 Statue of Saint John of Nepomuk

Another very popular, touristy place is Charles Bridge. However, despite the crowds, the bridge does have its charm. Aside from the views, I especially enjoyed the performance of the band Electroshock. They are playing popular songs (from ABBA to the theme song of "Pirates of the Caribbean") in their very own special arrangement (with two violins, a cello, an accordion, and a cajón). On friday, their "performance" was even followed by some small fireworks – very atmospheric! 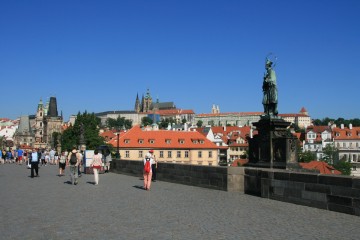 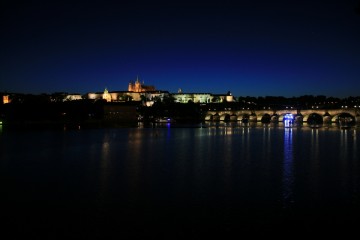 At the other end of Charles Bridge, there is the last large tourist magnet: Prague Castle. Most well known are probably St. Vitus Cathedral and the Golden Lane. The latter has definitely seen an increase in visitors over the last hundred years: In 1916/17, Franz Kafka lived there in order to have peace and quiet for writing his novels. 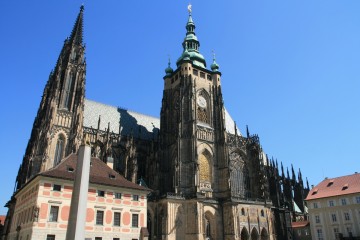 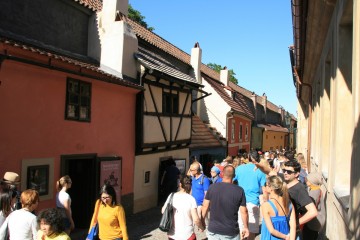 Finally, there is another big Czech "attraction": the beer. However, I am inclined to agree to the bald guy in the latest xkcd comic in this regard: