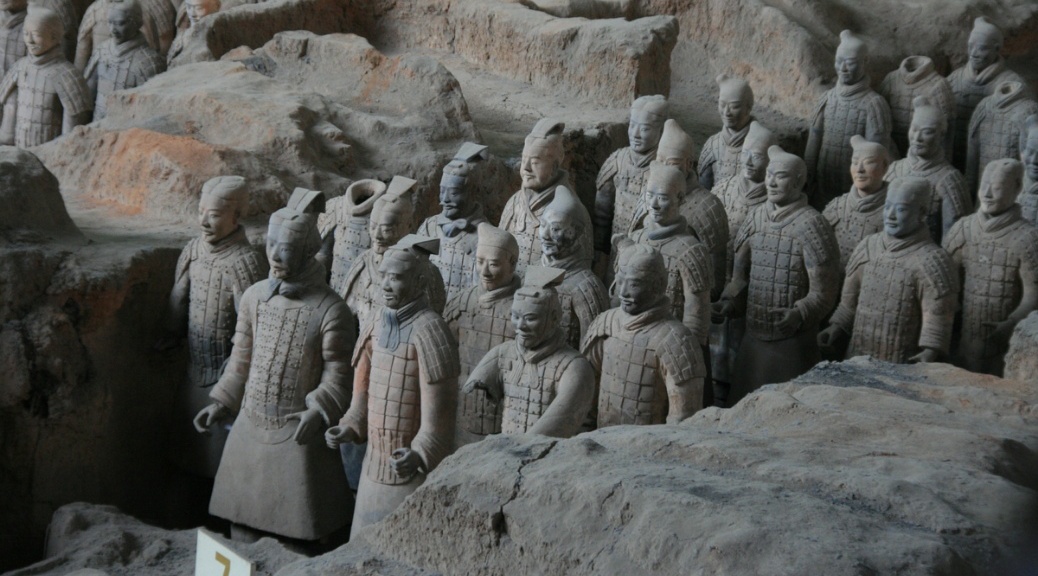 Today, we visited the Terracotta Army – a must-see on any trip through China. 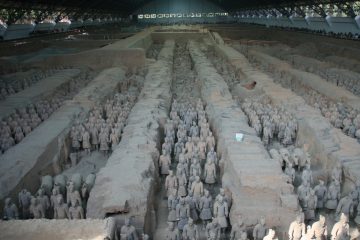 Accordingly, it was quite crowded. Fortunately, the main pit is very large, so the tourists do spread out a bit. Standing in front of the rows of soldiers, one cannot quite believe that all this effort was made just to create an army for the afterlife of Qín Shǐhuángdì, the First Emperor of China. If you keep in mind that this was done more than 2200 years ago, it is even more incredible. 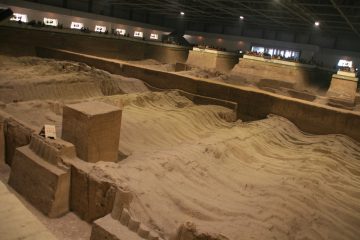 Unfortunately (but understandably), you cannot really see the statues up close. This is only possible in the (hardly excavated) Pit 2, were some statues are shown in glass cases. If you manage to squeeze past the tour groups, you can at least see some statues in more detail.

Pit 3 is rather small, with just a few dozen statues (instead of a few thousand as in Pit 1). It is therefore thought to be something like the command center of the army (or, rather the garrison – a full army consisted of 10,000 to 100,000 men, and not "only" of a few thousand as the Terracotta "Army"). 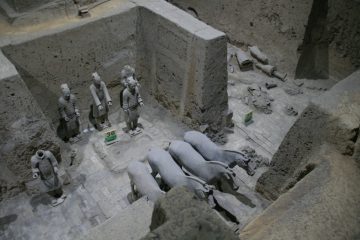 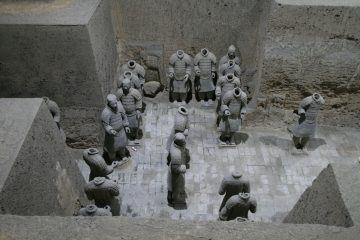 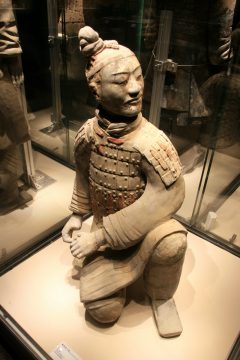 Finally, the adjacent museum presents some further artifacts. Among these are some more Terracotta warriors. It also shows some other masterpieces that were buried in the mausoleum of the First Emperor, like two Bronze chariots in the scale 1:2. 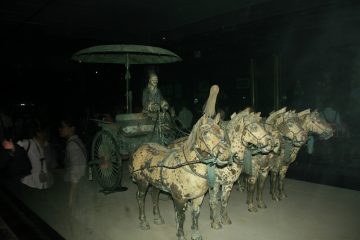 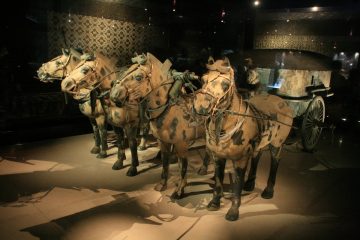