In the last two days, I explored Kraków a bit – and was pleasantly surprised about the beauty of the city. 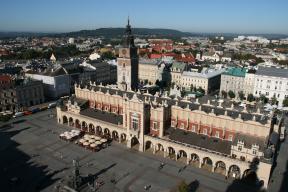 Originally, I wanted to explore the city on my own on my first day in town. In the end, I ended up taking two (free) walking tours, which were definitely worthwhile. Especially the second tour in the afternoon (going into "Jewish [spanlang=”pl”]Kraków[/span]") led me to parts of the city I would have missed otherwise. 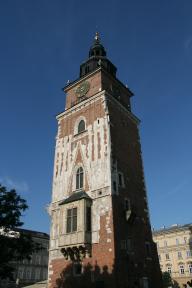 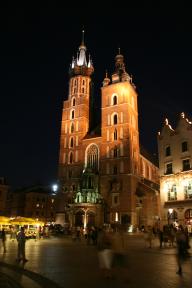 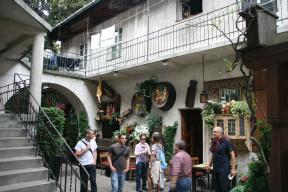 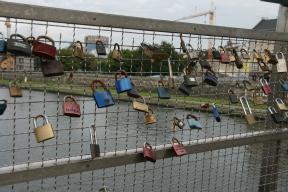 Today, the morning was dedicated to Wawel Hill, the location of the old Royal Castle. This time, however, exploring on my own turned out to be preferable: The guided tour through the Royal Apartments was that rushed that simply listening to the guide left me breathless. 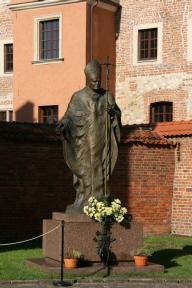 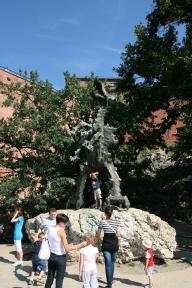 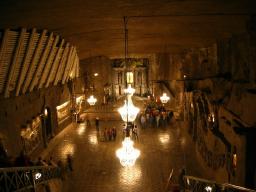 In the afternoon, I finally visited Wieliczka Salt Mine some ten kilometers to the East of [spanlang=”pl”]Kraków[/span]. Even though walking some 100 meters (!) under ground sounds more impressive than it is (simply because you do not notice the extreme depth), the massive Kinga Chapel definitely was impressive: Measuring some 54 × 18 × 12 meters (!), it is carved completely out of salt – including all statues, the wall carvings, and even the chandeliers!