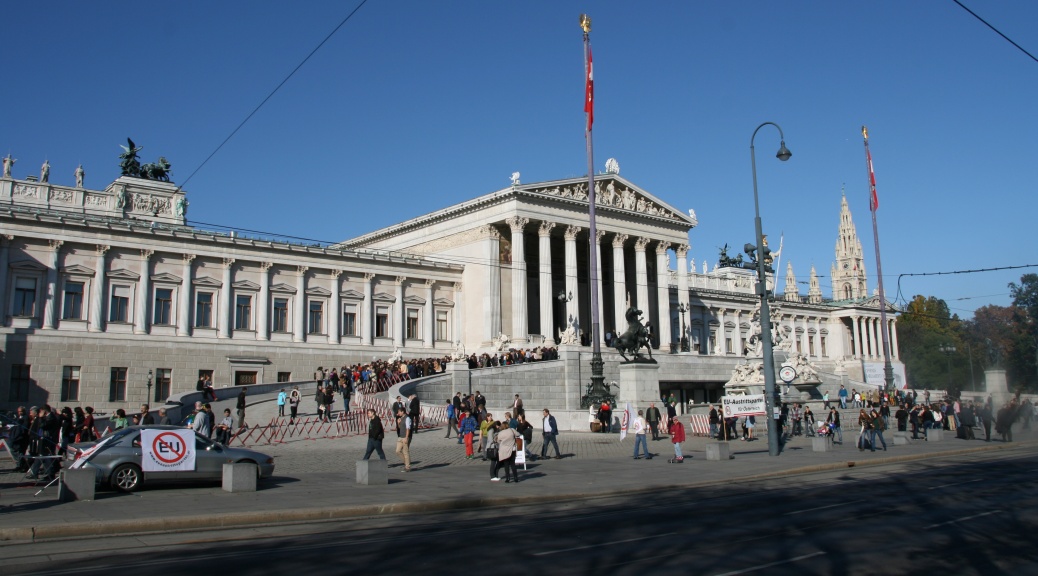 Today, I celebrated the Austrian National Day the way you just have to celebrate it at least once in your life, I guess: in the city centre of Vienna.

The main reason that made me go was the Open Day in the Austrian Parliament. So far, I have only been inside the parliament once: on a school excursion some 20 years ago. So, I wanted to take the opportunity to see it again. As I arrived there already quite early (just before 9.30 a.m.), I did not have to wait too long to get inside. This way, I could enjoy the pompous halls quite undisturbed. 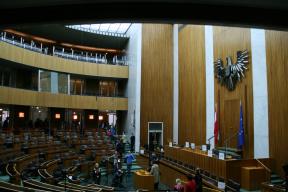 Display of the Austrian Army

After that, I strolled over to Heldenplatz, where there is traditionally a display of the equipment of the Austrian Army. On my way, I had the impression that they were mainly displaying food boths, though – including food originating in former Austrian crown lands, like "Hungarian Langos" and "Yugoslavian food" (which was sold unter that name at a booth called "Balaton Grill", strangely enough).

Directly at Heldenplatz, however, you could finally find some helicopters and tanks of the army. These were especially popular among the kids, of course. Moreover, you could also see and hold e.g. a bazooka, which attracted also some teenagers. Obviously, it pays to start recruiting at a young age. 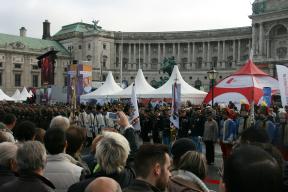 At the same time, there is a traditional ceremony where soldiers take their oath. Personally, I pitied them, as they had to stand there for hours, listing to speeches of numerous politicians. In between, they also had to endure some rather strange drill commands, including one command that can only be translated as "Heel!" I sincerely hope that it actually has a different meaning, though.

Finally, I went over to the Ministry of Foreign Affairs. However, this building hardly has any lavishly decorated rooms. Instead, the ministry focused on presenting its work with a series of posters.

Had I waited a bit longer, I would also have been able to visit the president's office (and the president himself). However, waiting for some two-and-half hours more before the doors would be opened did not appeal to me – especially since the first ones already started to queue at that time!