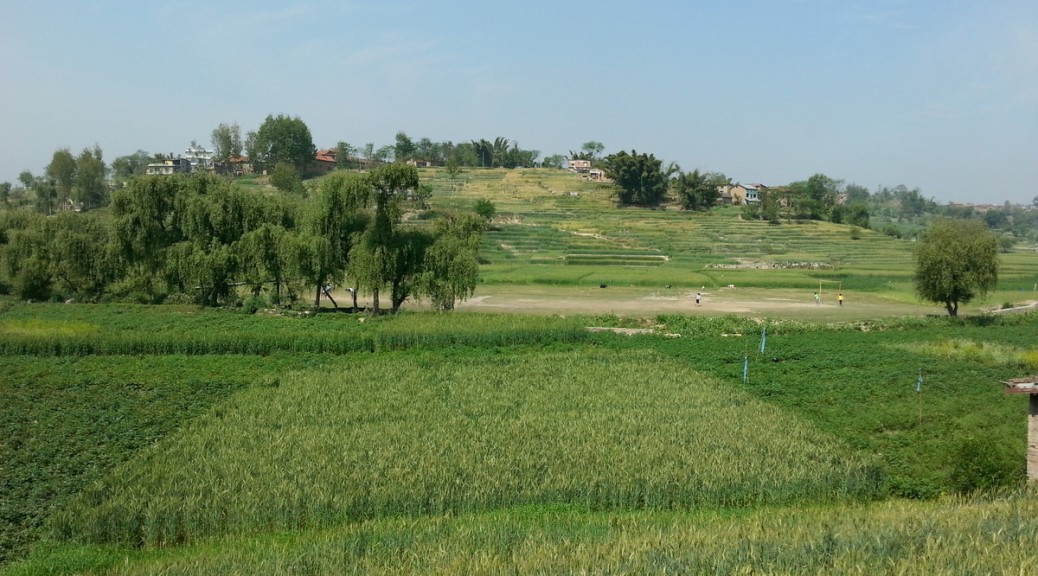 Actually, I wanted to go to Nagarkot today. This village is located at approximately 2,000 metres above sea level, and you are supposed to have a great view of the Himalayas from there. What is more, there are some nice hikes in the surrounding hills. However, I did not manage to get there. Still, I managed to get to a hiking trail in the end – just not the one I originally planned to.

In order to get to Nagarkot, I wanted to take the local bus. When I arrived at the bus station, however, there was no bus in sight. I wandered along the street, asking around for the bus to Nagarkot. Unfortunately, I only ran into Nepalis who did not speak English very well, but it was clear to me that they wanted me to go further and further along the road to Nagarkot. Finally, I decided that they probably just wanted to show me the way to Nagarkot itself, but not necessarily to the bus station for Nagarkot. So, I returned to Bhaktapur. Finally, I met a local who spoke English well enough to tell me that no buses were running that day: They were on strike – and not only for just one day, but for three! Another guy told me the same, but added that he was waiting for the bus himself. This made me think that some buses might be running after all, as he probably would not wait for a bus for three days. Still, I did not fancy waiting around for hours for a bus that might or might not have come, and which would have been overcrowded in any case if it had finally turned up. Neither did I fancy a 15 kilometre long walk uphill to Nagarkot. So, I chose a six kilometre long walk to Changu Narayan, an important hinduistic temple, instead. 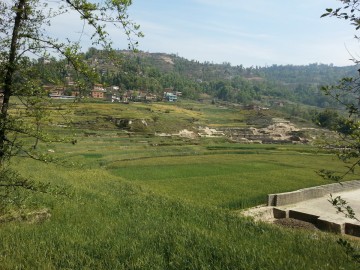 The route towards this temple is described as one of the most beautiful in the whole valley in my guide book. Due to the numerous derelict buildings and (worst of all) the brick factories with smoking chimneys, I chose to disagree (at least at first). After a while, the surroundings were becoming more rural, and also the houses were more inhabitable (and sometimes even quite modern). However, the influence of the brick factories could not be denied: Every once in a while, you could see some bricks stacked in a field. 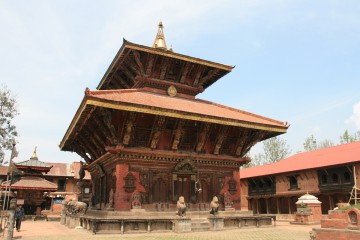 The temple of Changu Narayan itself was quite interesting, with lots of statues and artistic carvings on the walls and the roof support beams. It surprised me, though, that not a lot of worshippers were around, despite it being an important temple. 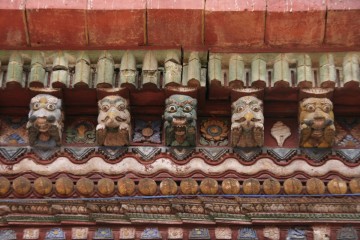 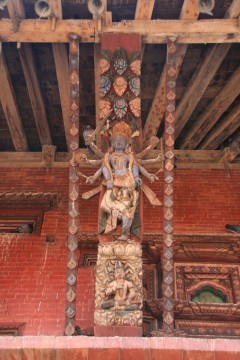 As I was done with my visit by eleven o’clock, I decided to exend my hike a bit: I knew of a hiking trail from Nagarkot along the road halfway to Bhaktapur, and then along a ridge to Changu Narayan. (*) So, I simply reversed this hike, and of course turned towards Bhaktapur instead of Nagarkot when reaching the Bhaktapur–Nagarkot road.

Between Changu Narayan and Tilkot

I especially enjoyed the part along the ridge – although some motorbikes were even driving along this dirt track. However, the way back into Bhaktapur did drag on a bit. Somewhere on the way, I met a group of teenagers that came along with me for a short while. During our conversation, I learned that the strike seemed to be more extensive than I thought: Also school was cancelled.

So, upon returning to my accommodation, I started some inquiries: It was a three-day national strike called by the opposition parties due to a dispute over the new federal constition of the country. I read in the newspaper that some strike-breakers were threatened with violence (!), and allegedly there were even some riots in Kathmandu. However, not the whole population supported the strike due to the huge disruptions it entailed. Therefore, the opposition met with the government in the evening, and finally called off the strike for the following two days – fortunately for me, as I would have been stuck in Bhaktapur otherwise.

Still, I would have managed to catch my flight back home in two days time (in the early morning) anyway, as strikes in Nepal seem to be strictly regulated: They start at 7.00 a.m. and last until 5.00 p.m.!

(*) If I had not been able to find my planned hiking trail in Nagarkot, this would have been my alternative.